15 Hilarious Teachers That Got Even With Their Students [Photos] 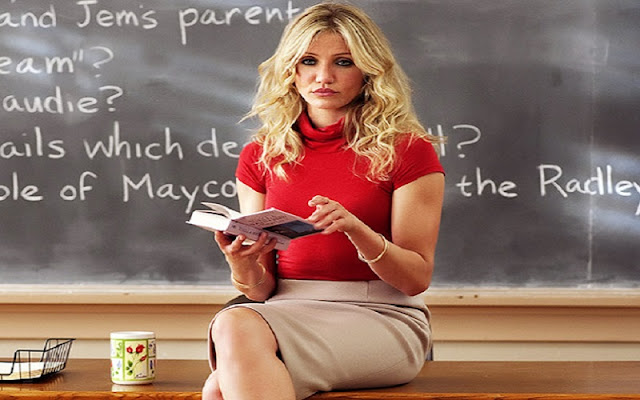 As time continues on, educators find themselves having to find more interesting techniques to keep their students' attention. The way these folks stay 10 steps ahead of their class will make you wonder where the hell were they when we were growing up. Here's a collection of funny school teachers who know how to mix education with humor very well. Check it out... This one is definitely classic when a teacher takes this kid's phone away. He finally gets it back but with interest. He looks at his screen lock, only to find an unexpected and hilarious group selfie by the teacher plus two others. 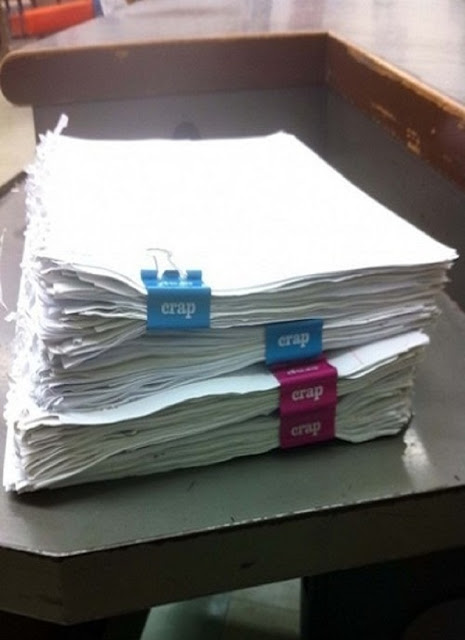 You can that this one has been in the game a fairly long time. So much so, that they invested some funny binder clips to prepare for what they are going to receive from their students. We're pretty sure that you understand they're obviously sick of the crap. 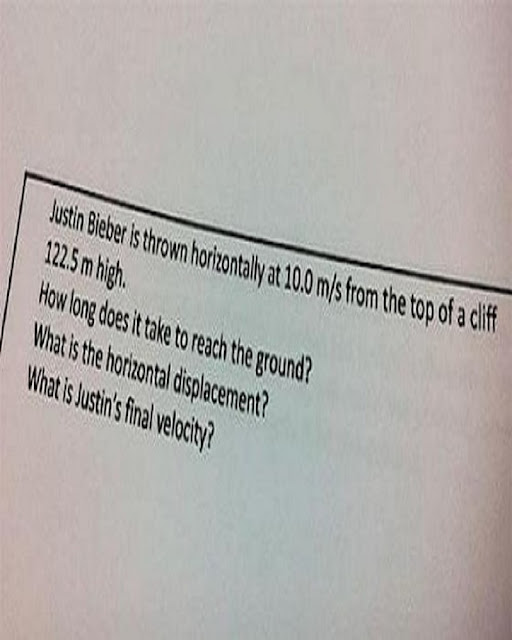 Cleverness was on this professor's side when creating this test question. What better technique to apply than using The Biebs. Just think about it, at the time where he was going through a reckless phase some years back.

Who in the back of their mind didn't have the urge to throw Justin Bieber off of a cliff?

4.) The AP Physics Teacher Who Involves Yo Momma: 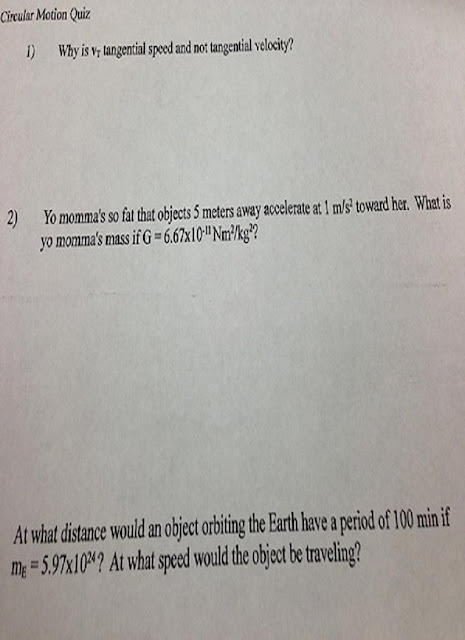 When to pop quizzes, this physics teacher didn't give them to play. Or did they? When setting these questions up, they obviously wanted to make it clear to the class that they got jokes too. Filled with intentions of boosting their thought process with fat jokes about yo momma. OOOOOOOOOH!...

5.) The Most Real Checklist Ever: 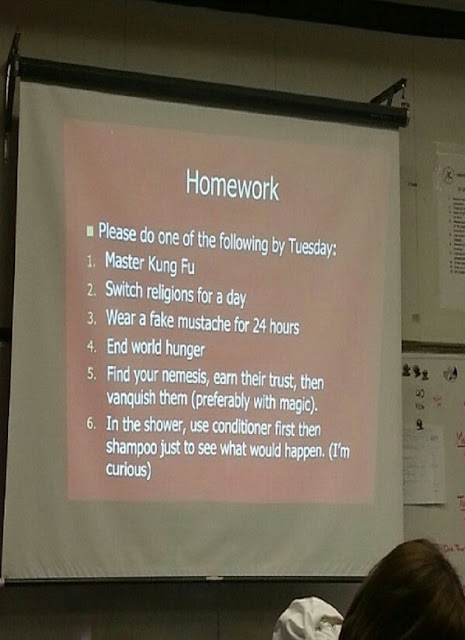 This one has mastered the art of making homework a priority. By creating a hilarious list of options to chose from, this teacher had gone above and beyond the norm. Even better, they're more realistic challenges that the students wouldn't hesitate to take on.


Related Post: Work: Can't Deal With It But Can't Live Without It [20 Photos]


6.) Caring Teacher With a Degree In Prankology: 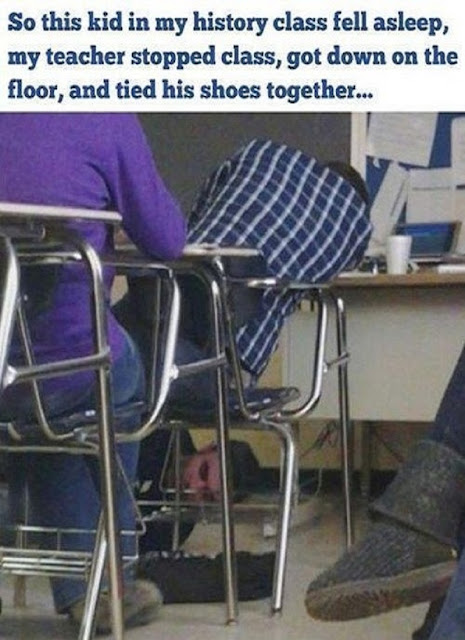 You want to fall asleep in class huh? This guy displays signs of no chill while class is in session. So instead of the usual "hey wake up!" move, he decided to think outside the box.

Rather than waking him up, he kindly lets the student rest as he ties his shoelaces together as a good deed. We're pretty sure his fellow students were amused by the results while exiting the classroom. 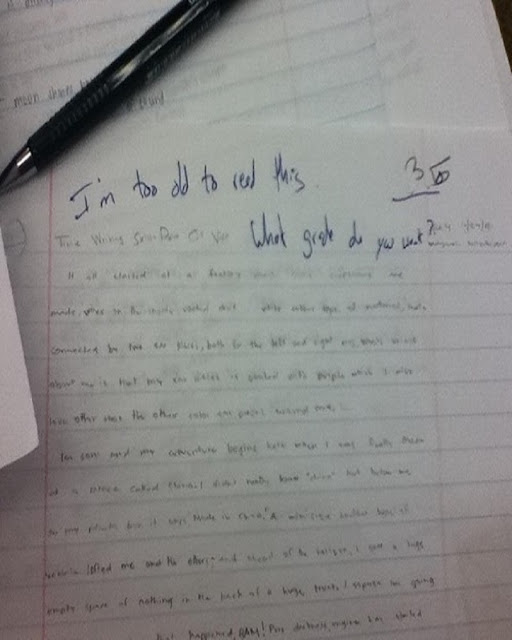 There comes a time where a teacher gets simply burned out. With this student writing so small that probably only a mouse can read it, the professor doesn't even bother trying. So to keep his eyes from falling out of the sockets he just writes, "I'm too old for this. What grade do you want?". That's the spirit teach. 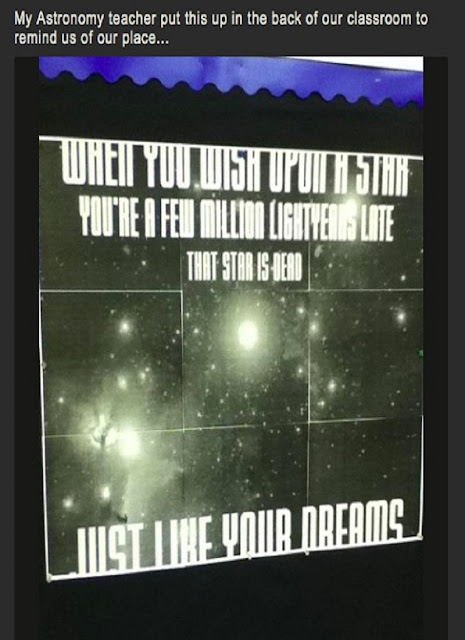 Wishing upon a star stems from the Greek times where it was believed that the Gods would get bored and occasionally peered down to earth. This stretched all the way up to modern times where it's now believed that if you make a wish upon seeing a shooting star, your wish will come true.

Well, this teacher has gone down the path of savagery by making sure everyone snapped back to reality. 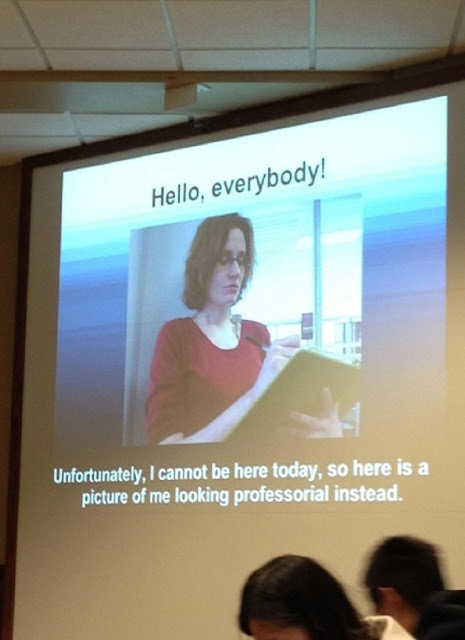 Here is where being in two places at once comes into play. As this teacher makes it clear that they couldn't make it to school that day, she still manages to keep her class on their toes. How? By being there in spirit or in the case, by projection. 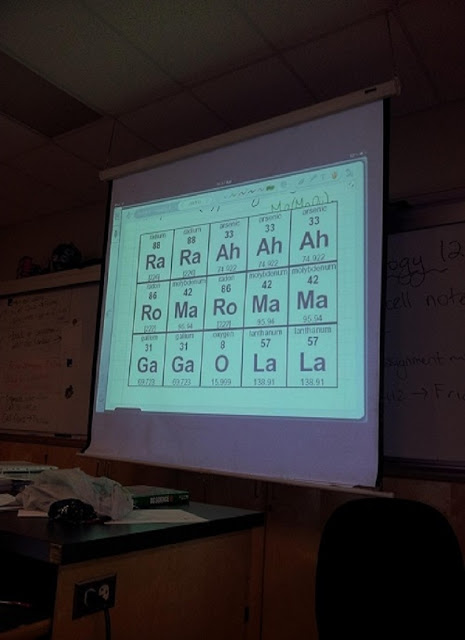 Ah, science. Specifically the periodic table of elements. Who in hell would be able to remember all of this? Well, this professor came up with the great idea of share Lady Gaga's "Bad Romance" lyrics that matched perfectly with today's memory process. Who would have thought they would be able to pull this off? 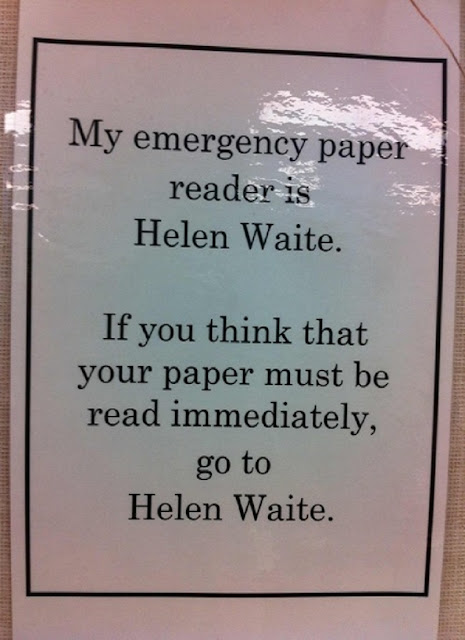 There are actually those dedicated students who get the work done and get to urge to submit their papers a little early. Well, this teacher ain't having that as they posted well thought out sign. Insisting the all must be patient and burn while they're at it. 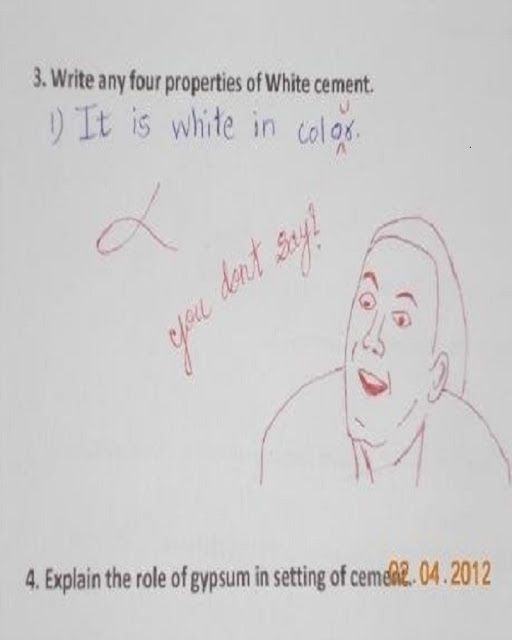 When it comes to answering questions on a test, the last thing you want to do is state the obvious. In this case, that's exactly what happened and the teacher corrects the answer with a well-known meme drawn with the facial expression from actor Nicholas Cage from the movie "Vampire's Kiss".

Can you blame them for using a form of hilarious sarcasm while grading this paper? Oh, and for the record, in the movie he really didn't say. 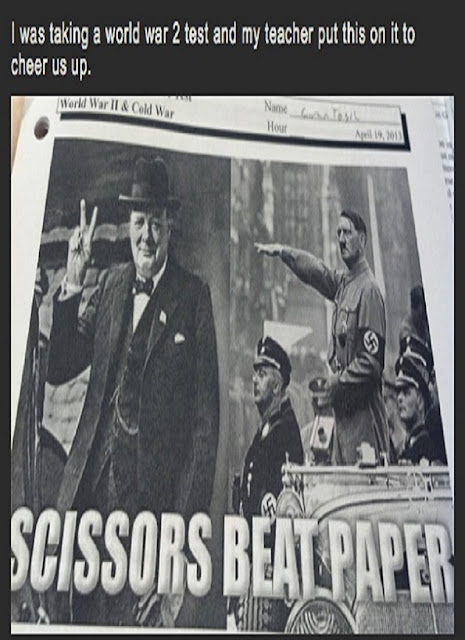 We totally understand the frustration of a test on the World Wars. They're sort of depressing and way too many things to remember. So, this teacher decided to shine a light on the day by mixing education with a bit of some rock, paper, scissors. And as you can see, it turned out the scissors beat paper.

14.) No Walkens Excepted By The King Of New York: 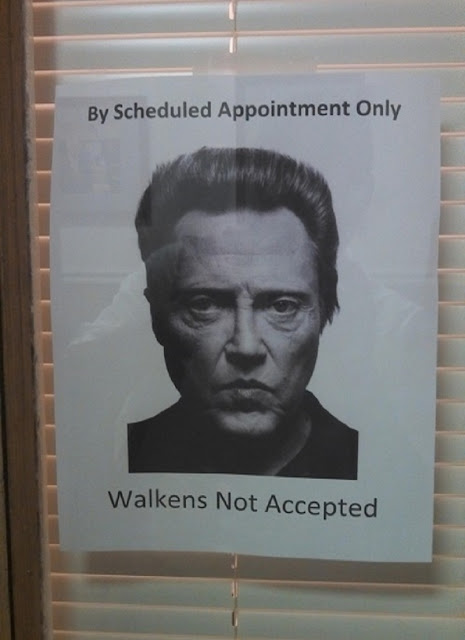 Another clever notice was used in this one. A teacher who's strict on setting up appointments was left with no choice but to use the iconic actor Christopher Walken as the messenger. From a movie like King Of New York where he plays a notorious gangster on a mission to reclaim his throne, we sure they got the point.

15.) And The Award For Best Year Book Photo Goes To: 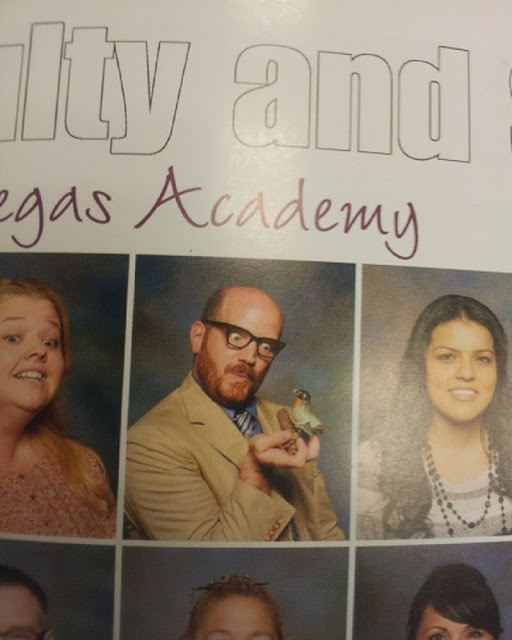 This Guy. We must admit we have no clue of the origin this picture but what we do know is that when it comes to getting won over by students and staff, he slayed it in this yearbook. Awkwardly staring at his feathered friend, this teacher left a permanent stamp on their school history.


Related Post: 20 Savages Pretty Much Doing What They Want [Photos]